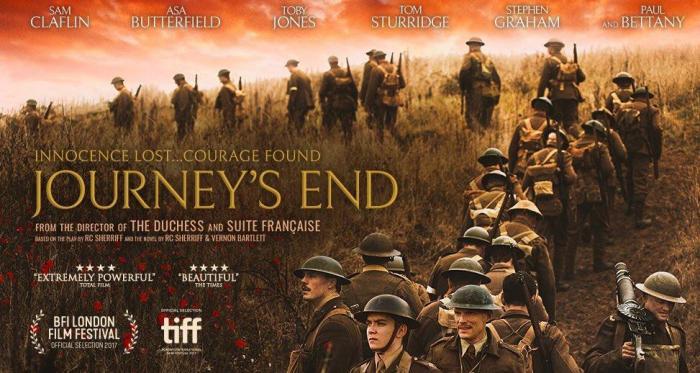 March, 1918. C-company arrives to take its turn in the front-line trenches in northern France led by the war-weary Captain Stanhope (Sam Claflin). A German offensive is imminent, and the officers (Paul Bettany, Stephen Graham Tom Sturridge) and their cook (Toby Jones) distract themselves in their dugout with talk of food and their past lives. Stanhope, meanwhile, soaks his fear in whisky, unable to deal with his dread of the inevitable. A young new officer, Raleigh (Asa Butterfield), has just arrived, fresh out of training and abuzz with the excitement of his first real posting – not least because he is to serve under Stanhope, his former school house monitor and the object of his sister’s affections. Each man is trapped, the days ticking by, the tension rising and the attack drawing ever closer…

A story of family and estrangement set amid the alien landscape of Australia’s opal mines.

Melina is making the 18-hour bus journey to be with her estranged, ailing father. He’s one of the lost, lonely men who hunt for black opals, deep in the Australian outback. She’s not entirely sure why she’s there, or why she stays, but as Melina is drawn ever further into the community, she discovers that there’s more to these men than she first assumed – and perhaps even more to herself. 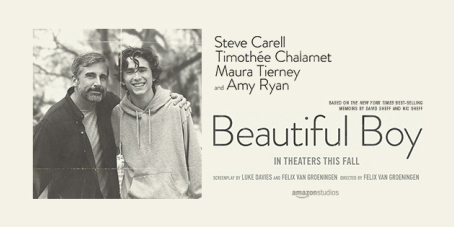 Beautiful Boy is a deeply moving portrait of a family’s unwavering love and commitment to each other in the face of their son’s addiction and his attempts at recovery. Based on two memoirs, one from acclaimed journalist David Sheff and one from his son, Nic Sheff. As Nic repeatedly relapses, the Sheffs are faced with the harsh reality that addiction is a disease that does not discriminate and can hit any family at any time.

Harrowing, heartbreaking and yet full of joy, hope and love, Beautiful Boy recounts the rehabs, disappearances, broken promises and rage as Nic sinks deeper into the drug world, as well as David’s efforts to save his “beautiful boy” from the ravages of addiction. Directed by Felix van Groeningen (The Broken Circle Breakdown), the film stars Academy Award nominees Steve Carell and Timothée Chalamet (Call Me by Your Name).