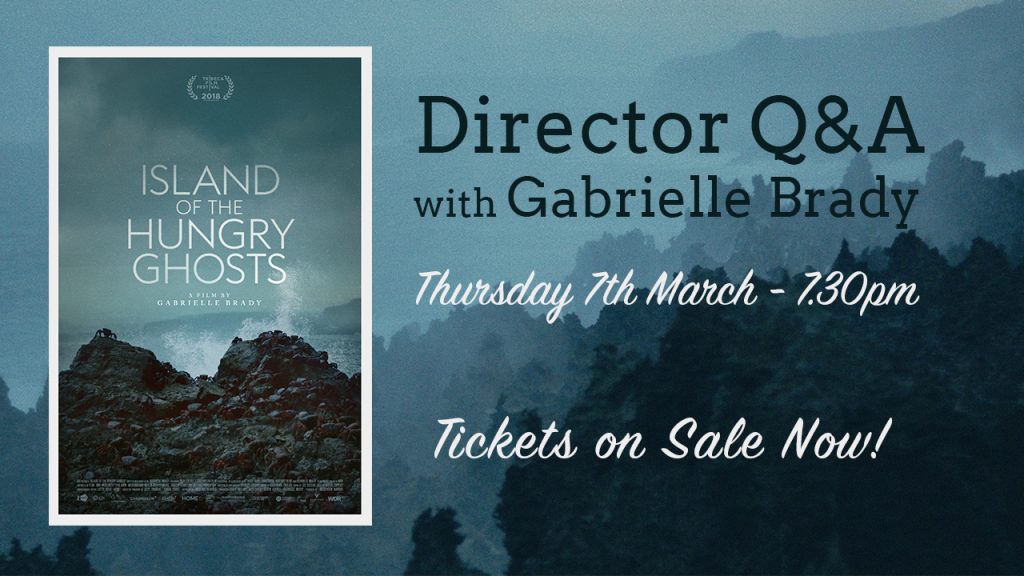 Join Director Gabrielle Brady for an introduction & discussion prior to our Special Screening of this Tribeca Film Festival Best Documentary award winner.

The tiny Indian Ocean Territory of Christmas Island has been a centre for migrating populations for millennia – first, the distinctive Christmas Island red crabs; then phosphate miners from Malaya in the 19th century; and most recently, people seeking asylum in Australia. It is here, at the nexus of the three, that first-time feature documentarian Gabrielle Brady locates her extraordinary essay, an expansion of her award-winning 2017 short The Island.

As trauma therapist Poh Lin gently coaxes detainees to tell their stories, the island’s willing residents perform “hungry ghost” rituals for spirits whose lack of proper burial has doomed them to wander its jungles for eternity; meanwhile, the crabs march across the land in their millions, in an endless cycle that repeats every year. Poetic and hypnotic, Island of the Hungry Ghosts presents a unique and moving meditation on politics, people and primeval nature.