Millions know the iconic logo and ubiquitous signature, but few know the man behind the larger than life label. Ultimately, we seek to answer the question: Who is Pierre Cardin? What is the story behind this legendary icon?

House of Cardin is a rare peek into the mind of a genius, an authorized feature documentary chronicling the life and design of Pierre Cardin. A true original, Mr. Cardin has granted the directors exclusive access to his archives and his empire and unprecedented interviews at the sunset of a glorious career.

Told with warm humour, this quietly powerful feature debut takes us into the heart of a small rural town in New Zealand, where a community comes together after a personal loss.

Inspired by his own childhood neighbours, director Hamish Bennett follows Ross (Marshall Napier, Babe), a largely silent man who farms his land alongside his far more exuberant wife Beth (Annie Whittle).  When Beth suddenly dies, Ross is crushed but incapable of displaying his emotions. His son Bruce (Cohen Holloway, Hunt for the Wilderpeople) moves back in and tries to help, but is not suited to the farming life and also has great difficulties in expressing himself.  Perfectly capturing love, loyalty and reliance in all the little moments, Bennett brings a gracious tenderness to this exquisite, gentle film.

Thanks to one very special jacket, it’s open season on killer style – and on filmmaking itself.

Wracked by a mid-life crisis, Georges (Jean Dujardin, The Artist) splashes €8000 on a fringed deerskin jacket, with a digital video camera thrown in to sweeten the deal. And it ignites in him a madness of taste. Convinced he shares a special understanding with the supple suede, Georges decides nobody else must ever wear a jacket. And he recruits waitress and aspiring film editor Denise (Adèle Haenel, The Unknown Girl) to help document his violent adventures on fashion’s wild frontier.

A French film to equal the gleeful inventiveness of The Truman Show, this reimagining of the film-within-a-film concept boasts the mighty combination of Daniel Auteuil and Fanny Ardant.

Victor (Auteuil), a 70-something tech-phobic cartoonist, is struggling both professionally and personally. His work is evaporating with the growing dominance of the Internet, and his wife, Marianne (Ardant), loathes him. Things take a turn when Victor meets Antoine (Guillaume Canet) whose company offers a unique theatrical service where customers are able to revisit memories and play out fantasies through carefully orchestrated re-enactments. Victor decides to relive the most memorable week of his existence, 40 years earlier, when he met the love of his life.

We are pleased to announce The Pivotonian Cinema will recommence screening films daily from Thursday, 2nd July. And to kick off the new cinema season, we will be presenting the engrossing & affecting documentary drama HONEYLAND, Steve Coogan & Rob Brydon’s comedy romp THE TRIP TO GREECE, a jaunt through India in an old Rolls Royce with ROMANTIC ROAD and the visceral thriller IN FABRIC, by arthouse stalwart Peter Strickland. Other titles coming soon include HOUSE OF CARDIN, DEERSKIN and LA BELLE EPOQUE.

Please note all tickets must be pre-purchased online prior to entry. Cashless payment will be accepted for Candy Bar purchases & a range of social distancing and cleanliness practices have been implemented to ensure a safe viewing environment.

We look forward to welcoming you back to Geelong’s premier cinema venue & of course if you are feeling unwell, please stay home and seek medical advice! 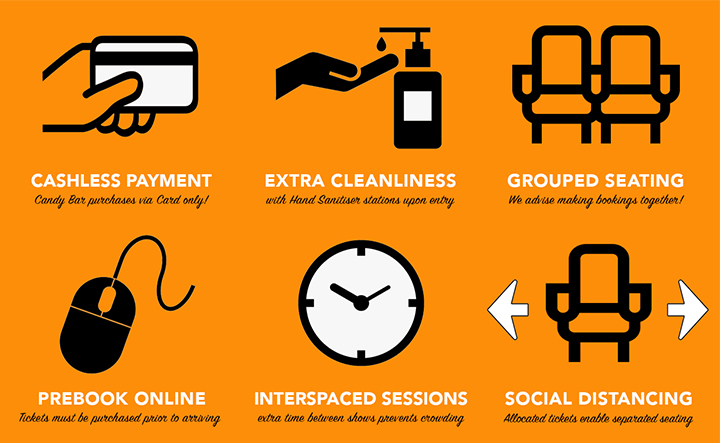 We are now CLOSED

Our thoughts are with all of our valued patrons in these difficult times.

Effective from 12:01am Monday 23rd March, the cinema will cease operations until government informs us otherwise.

We look forward to welcoming you back to the cinema soon!

Join Director Miranda Nation for a Q&A to discuss her feature directorial debut + screening of this Geelong-shot psychological thriller about grief and obsession set against the backdrop of local footy culture.

Journey back to the halcyon daze of the UK’s 90s rave scene with this nostalgic coming-of-age tale, executive produced by Steven Soderbergh and set to the most electrifying sounds of the Trainspotting era.

It’s the summer of 1994, and the free rave scene has exploded across the UK. In small-town Scotland, two childhood best friends about to go their separate ways decide to escape for one last memorable adventure: a night at an illegal rave, and a journey deep into an underworld of anarchy and freedom they’ll never forget. Scottish filmmaker (and Black Mirror director) Brian Welsh brings both a sense of specific nostalgia and universal celebration to this tale of youthful rebellion, capturing the exuberant spirit of Cool Britannia’s techno-wired hedonism while crafting an affecting elegy for a distant, pre-Brexit dream.

IN MY BLOOD IT RUNS
5th March   Australia 84mins PG

“I was born a little Aboriginal kid,” explains Dujuan. “That means I had a memory – a memory about being Aboriginal.” Never more excited than when he’s talking about his heritage and homeland, the precocious 10-year-old has a strong connection to his culture, speaks three languages and works as a healer. But he also struggles with school, acts out in class, and attracts attention from the police and the welfare system. Intimate and impassioned, In My Blood It Runs follows Dujuan’s attempts to reconcile the traditions he holds dear with the colonised world he’s forced to inhabit. A personal documentary told with a perceptive eye, poetic imagery and made in collaboration with Dujuan and his family, it’s also an account of the NT’s harsh treatment of Indigenous youths, a situation that’s never far from the boy’s mind. 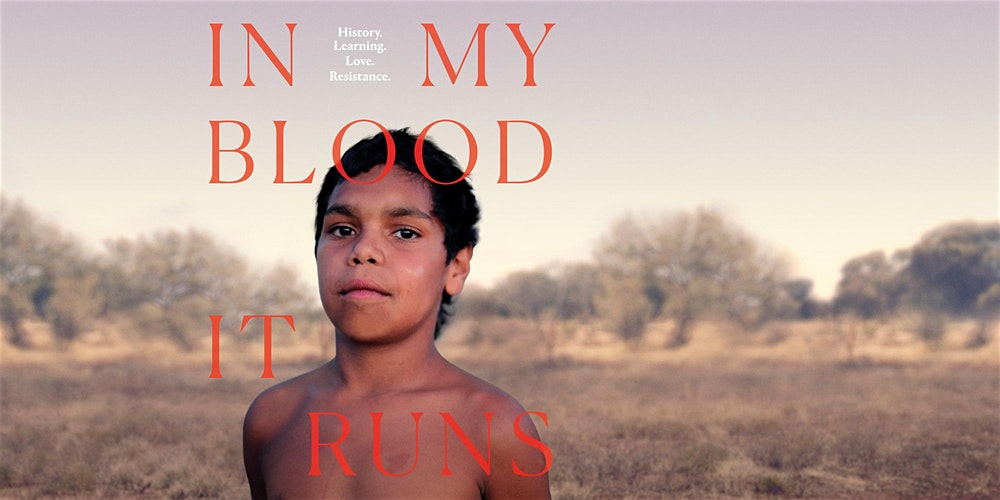 Miranda Nation makes her feature directorial debut with this Geelong-shot psychological thriller about grief and obsession set against the backdrop of local footy culture.

This new film adaption of the classic Austen novel has been lauded by critics and fans alike.

Jane Austen’s beloved comedy about finding your equal and earning your happy ending, is reimagined in this delicious new film adaptation of Emma. Handsome, clever, and rich, Emma Woodhouse is a restless queen bee without rivals in her sleepy little town. In this glittering satire of social class and the pain of growing up, Emma must adventure through misguided matches and romantic missteps to find the love that has been there all along.

A multiple award winner at Sundance, Honeyland is a visually sumptuous look at the endangered tradition of Macedonian wild beekeeping, the tenacious woman keeping it alive and the powerful environmental message her efforts have for us all.

Deep in the mountainous heart of the Balkans, far from civilisation, Hatidze Muratova tends to her elderly, frail mother, and to her wild bees. The women are the last remaining hold-outs of a crumbling village, and of a dying way of life: farming honey sustainably. But when a new family settles in the area, bringing modernity and a capitalist mentality with them, they threaten everything Hatidze has spent her life protecting. Debut documentarians Ljubo Stefanov and Tamara Kotevska spent more than three years with Hatidze, who provided the filmmakers remarkable access to her life, resulting in a film that feels intimate, collaborative and unguarded. Gently funny but full of dramatic moments, it’s a poignant snapshot of a fragile balancing act – between humankind and the natural world, past and present, sustainability and exploitation. 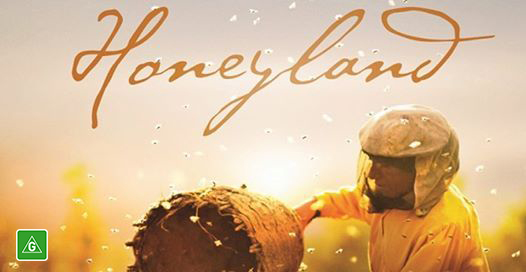 To celebrate the 2020 Geelong Rainbow Festival, Geelong Pride Film are presenting a collection of Rainbow short films that represent the LGBTQ rainbow. You will also get to see a sneak peak at the trailers of some of the films screening at the Geelong Pride Film Festival from the 2nd to the 5th of April 2020. Featuring 10 short films from around the world including Australia, Ireland, France, Colombia, New Zealand and more.
Tickets are available at http://gpff.ferve.tickets/Events/ 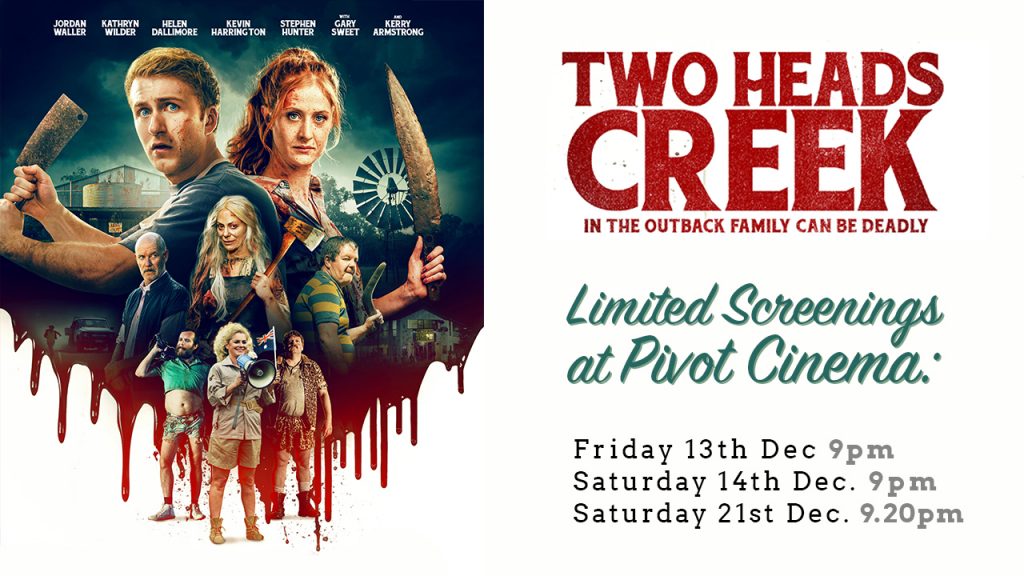 Join Director Jesse O’Brien & the filmmakers as they discuss the hilariously macabre and delightfully irreverent TWO HEADS CREEK. The film follows a pair of British siblings who become stranded in a rural Australian town where the ghoulish locals have a sinister means of dealing with immigration.

After the death of their adoptive mother, a shy butcher and his drama queen sister leave the UK and adventure to Australia in search of their biological mother, but the local townsfolk of Two Heads Creek are hiding a dark secret: The pair must reconcile their differences to fight for their lives in this dementedly dark comedy-horror.

Tickets for this Special Event are available HERE.

Showcasing some of 2019’s most visually stunning and thought provoking animations from around the world, in two diverse screenings.